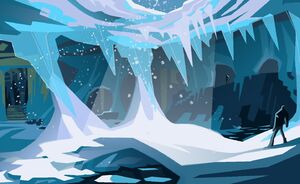 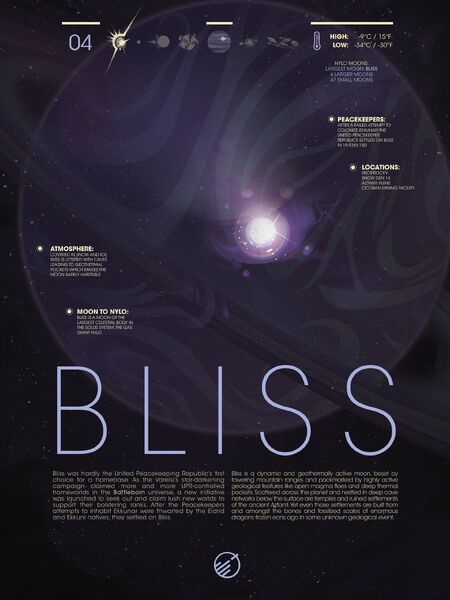 How did the Peacekeepers settle on Bliss?

Bliss was hardly the United Peacekeeping Republic’s first choice. As the Varelsi’s star-darkening campaign claimed more and more UPR-controlled homeworlds, a new initiative was launched to seek out and claim lush new worlds to support their bolstering ranks. The UPR set their sights squarely on Ekkunar and began resettlement operations, much to the chagrin of the Eldrid and the Ekkuni natives, who waged a two-year campaign to drive the interlopers off of the verdant world.

At this point in the Battleborn timeline, the UPR has been significantly weakened by the secession of the Last Light Consortium, in addition to scores of costly battles throughout the galaxy, and the Ekkuni resistance eventually succeeds in driving the UPR offworld. As viable planets in orbit around a still-burning sun had become an increasingly valuable commodity, the UPR eventually settled on Bliss, the largest moon of the gas giant Nylo – the largest celestial body in orbit around Solus. A violent, inhospitable world, but hey: at least the atmosphere is breathable. 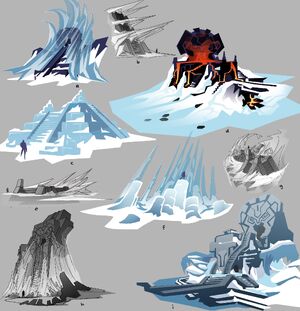 Though it may look largely homogenous from a distance, Bliss is a dynamic and geothermally active moon, beset by towering mountain ranges and pockmarked by highly active geological features like open magma floes and deep thermal pockets where some vegetation can grow on the surface. The Peacekeepers weren't the first colonists on Bliss. Scattered across the planet and nestled in deep cave networks below the surface are temples and ruined settlements of the ancient Aztanti. But even those settlements are built from and amongst the bones and fossilized scales of enormous dragons frozen eons ago in some unknown geological event. [1]